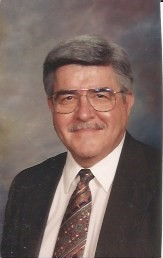 John Ernest Gower, 79, son of Ernie and Mae Gower of Springfield, Ohio, went to his heavenly home June 11, 2016. John married his high school sweetheart Sue Ann McConnell in 1957. Their loving devotion inspired others throughout their 59 years of marriage. John graduated from the University of Cincinnati as a mechanical engineer in 1959 where he was a member of Pi Kappa Alpha. His 40 year career with Cooper Energy Services took him from Ohio to Tulsa, Oklahoma, and Houston, Texas, where the Gowers lived for 25 years. His life-long love of the water led John to build a family lake house at Hilltop Lakes, Texas, where he and Sue later retired. Countless memories were made in this special place; his legacy continues. Wherever he lived John was an active member of his community. He was a scoutmaster in Ohio for 6 years as a young man. He was a volunteer fireman for Champions VFD for 20 years in Houston and Hilltop Lakes VFD for 20 years also. He enjoyed consulting part time for ACI Services after his retirement in 1999. As a retiree, he served as President of the ESD #2 of Leon County, Texas, was a member of Troupe Over the Hill, Lake Task Force, and Hilltop Lakes Chapel. He was “Dad” to daughter Lori Kay McMullen, husband Michael, and son John Jeffrey Gower, wife Stephanie. He was “Papa” to Heather Gower, Stephanie McMullen VanDyke, John McMullen, James Gower, Mitchell McMullen, Haley Gower, his 11 great-grandchildren, and others. John was a father figure to Yamir Kenney and her sons Paul and Jason of Cleveland Heights, Ohio. John was a man of integrity. He was kind, dependable, generous, loved and respected by many.